Some 2 years ago (I think…) I posted on my Instagram a photo of this same hallway. Okay my Instagram says 38 months ago… holee. April 27th 2012 to be exact. That was 3 years ago already?!

Anyways if you’re all wondering where in Hong Kong this beautiful place is, it’s actually not in CWB, not in Central, not in TST. It’s this restaurant called 杏花新城迎囍大酒樓 in the Heng Fa Chuen – Chai Wan area. Kevin lives in Chai Wan, and his cousin’s family in Heng Fa Cheun, and we went to this restaurant to have dinner with his aunt! Yummy (to me) Gu Lou Yok / 咕噜肉 [Sweet & Sour Pork], and simple egg white with beans and scallops dish… which I forgot what the actual name is, heh. Kevin pointed out the smiley face on my spoon LOL Some funny spinach with century egg dish (but tastes fine, don’t actually taste the century egg unless you eat it), and roast chicken. And then this yummy plate of simple looking fried rice came finally. It might look kinda “meh” but it actually tastes good!! I don’t know what it’s called although I know there are olive veggies in it. I came to learn over the past year that if you fry olive veggies with rice it makes a really fragrant fried rice omg drooling now. First discovered this when I had a really simple olive-veggie fried rice made by my cousins’ maid. And then we went to the supermarket after to do a semi-quick grocery/snack run. And then I discovered this bottle of White Vinegar that was like high or something. *Shrugs*

Oh and I almost forgot! Had this cute pineapple bun in the shape of a pineapple as a snack a couple of hours before dinner hahaha. 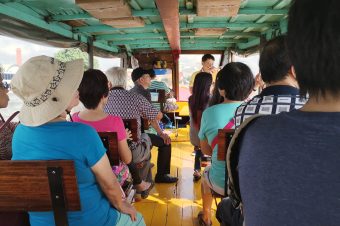 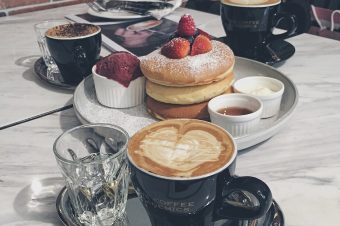 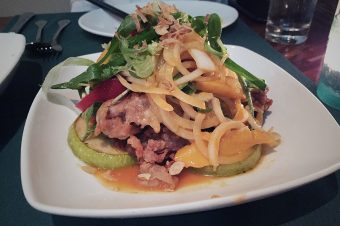 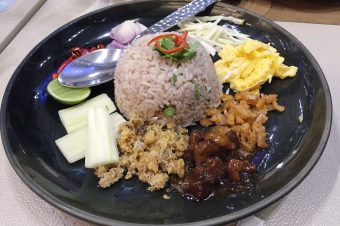