LOL Okay I couldn’t think of a title. Limin wanted to try out some local 大排檔/Dai Pai Dong (food stall) and apparently there were good reviews for this particular place all the way in Sha Tin, and to get there we had to alight at 火炭/Fo Tan MTR station (lit. Fire Charcoal). So….. hahahahaha.

Anyways Limin and I went shopping at Kwai Fong today. On the way to meet her, I had a strange encounter on the MTR: Not sure why this lady had to stand so close to me even though there was so much space behind her… which made me feel slightly uncomfortable. She wasn’t even holding onto the rail next to me. *Shrug* I got these 2 buns from Maison A+ before we started browsing the shops. There’s 3 flavours, Mango, Raspberry, and Melon. I didn’t get the melon one, but from photos from Openrice seem like I made the right choice! Mango and raspberry both had real fruit fillings, but the melon one seems to have a cream filling. Anyways the ones I got were pretty yummy! I liked the mango one better. The raspberry filling was a little too seedy than I’d like, but it still tasted yummy.

After shopping, we went to grab a quick snack at McD’s with my Tasty card cause I was staaarving! We had confirmed with Kevin where we’re having dinner and went to line up for our snack. Limin wanted a McFloat and I wanted apple pie, so that’s what we got. Quickly ate up our food before boarding the MTR all the way to the suburbs (literally lol) to meet up with Kevin at the restaurant. It started raining while Limin and I were figuring our way there. We were a little bit lost, and Kevin (who got there first lolol) met us halfway to take us there. Didn’t take many photos cause it was so rainy and wet! Only took this sad group photo of our half-eaten meal LOL. I told Kevin to order the 2-3 people set (it comes with 1 roasted pigeon, which I thought was more than enough since I’m not gonna have any) but he insisted it wasn’t enough so he ordered the 3-4 people set (with 2 roasted pigeons) =_=… obviously ending up being too much for us LOL. Apparently he forgot 1 roasted pigeon consists of 4 parts.

What the heck I just realized Kevin posed the pigeon head in the shot wut LOL.

Anyways the best dish from this set was the FIIIIISH (I think it’s a flounder). The flesh was very soft, and the skin was crispy. Om nom nom nom. The rest were just okay. The chicken congee barely had any taste haha. The veggies were simple, just stir-fried with garlic (was not bad for this dish). The dark round things on the top right were calamari, and it was pretty good! We didn’t eat much though, cause I guess we were starting to feel that our meal was getting a bit oily. The tofu with sweet chilli sauce was a “free item”, and it was not bad either. Limin and Kevin actually wore the same coloured top and pants today (and Kevin noticed this) LOL. It was like they came in their uniforms from the same work place hahaha. They didn’t wanna take a pic together for laughs though. Booo. 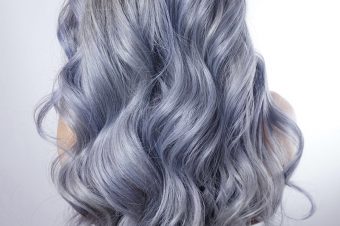 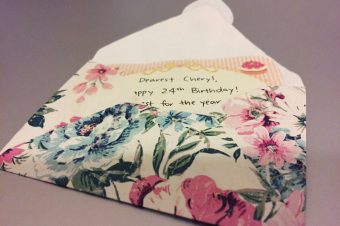 Look what arrived at my door from halfway across the globe! Probably too early to post,... Read More 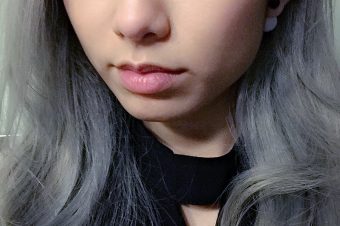 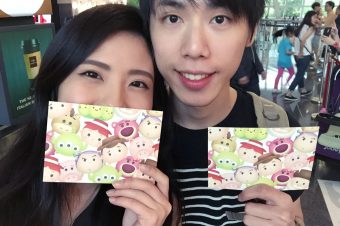 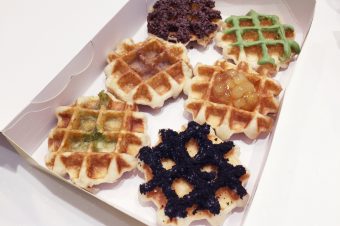 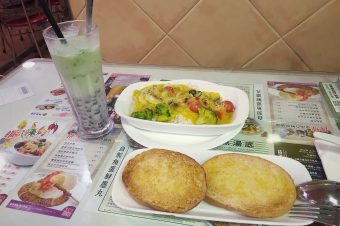 Nothing much to blog about since the last post as I’ve been focusing on doing... Read More