Players enter an immersive mental hospital space to experience what goes on in the minds of people with mental disorders, to understand and empathize with these various individuals. Our goal for this project is to allow players to experience the hidden pains and involuntary moments that these patients go through, as opposed to the ‘horror’ approach often used by game designers when it comes to games with the mental asylum theme. Our game will act as an educational tool for modern society.

Each scene in our environment delivers various events that will depict a certain type of mental disorders. For our project, we have chosen schizophrenia, ADHD, and depression as the three main types of mental disorders to be experienced. Subtle storytelling through players’ interactions with different objects and environments will allow the players to examine the thoughts or motivations behind the actions of the mentally ill, as well as understand the behaviours of specific mental symptoms. In the “Depression Room” example, sad voices and sounds as well as the dimming or desaturation of the room recreates the mood of someone feeling depressed. 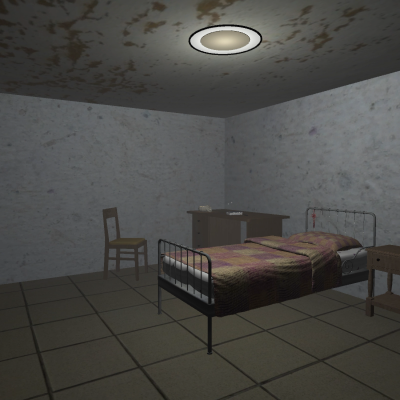 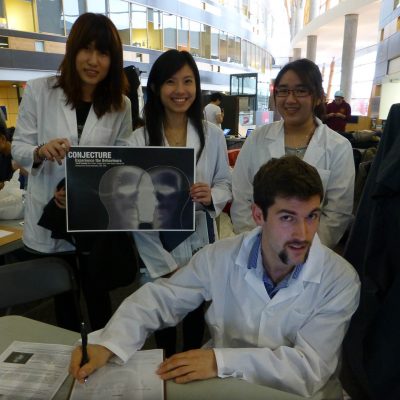 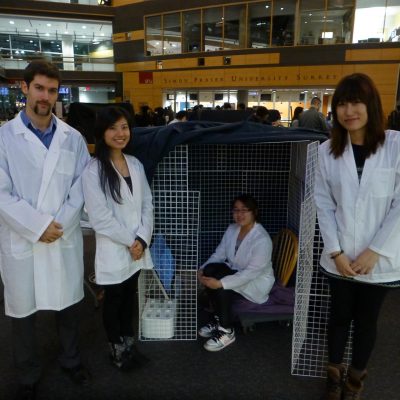 For a first-timer developing a project with Unity 3D, I learned how to quickly create a realistic landscape with standard assets, as well as how to import my own assets such as 3D models I built in Maya, to create the desired virtual environments I have in mind within a tight schedule. Although the scripting aspect of Unity took me a lot longer to learn (as I was not yet very efficient with programming), I was in the end able to learn how to work with existing basic scripts and alter them to my desired effects. For example, in the room scene, I successfully implemented the three planned interactions by myself. The diary page and photo frame were both animated to float to eye-level when the player enters their trigger zones, and the triggers also set off voiceovers that I have recorded. I also learned to play with alpha animation to generate the flickering lights and the fading-away effect of the photo (person removed with Photoshop). With this single scene successfully completed, I used the remaining time for our project to help my teammates with their designated scenes.

Learning about Ermi & Mäyrä’s Immersion Frameworks also allowed me to appropriately employ them into our project, which in turn made the ideas more solid and sensible. I introduced a “broken storyline” into our project (placing parts of a whole story around an environment for the players to explore themselves, and fill in the blanks between the stories to imagine their version of the story) to add upon the imaginative immersion aspect of our project. I also incorporated the bridging of our physical environment (rig) with our virtual environment to allow for a smoother transition and enhancing the sensory immersion of our project.

For this project, I learned to be conceptually driven when producing ideas with my team. Because I wanted the project to be meaningful, I pitched ideas that contained educational, psychological, and reflection-driving aspects behind each concept. With 2 members on our team having taken or were at the time taking a criminology course that talked about the mental disorders of criminals (and I myself having taken a psychology course), we were able to narrow down to a more specific concept for our “game” and chose to focus on creating an educational tool that explores mental disorders from a different light than most modern video games and movies.